A declaration of war

Whether you realize it or not, the Republican Party has declared war on 99 percent of the American 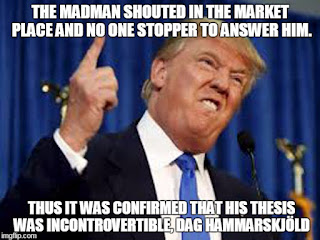 people. In doing so, it has made it clear that the only people in the United States who count for anything are the one percent. The question now is whether those of us with any sense of decency and conscience can fight back; and, if so, how.

Let’s start by trying, briefly, to understand what has happened to get us to this miserable juncture in our nation’s civic life. First, in the 1950s we had the birth of the religious right, just without that label. The movement used the “godless communist” threat to add the words “under God” to the Pledge of Allegiance. Second, in the 1960s and 1970s, we saw the beginning of America’s dumbing down. The hippie movement was a resistance to the attempts to kill off critical thinking, but thanks to the propaganda efforts of the Republican Party and the Nixon administration, American students devolved into regurgitators of facts without the ability to use that information productively. Third, the 1980s saw the Republican takeover with the Reagan administration playing the “greed is good” card, undoing the progress from the Kennedy and Johnson administrations. Concurrently, propagandists extraordinaire like Roger Ailes, Rush Limbaugh and other hate mongers began the systematic attack on the media. In doing so, they stimulated the pent-up fear and perceived threats of a diverse society in that generation of those whose critical thinking skills had been destroyed.
Read more »
Posted by George Schwarz at 7:34 AM No comments: Links to this post

Ain’t no cure for stupid, is there? Or sedition

Today’s Facebook newsfeed is peppered with information about Biff Tannen’s nominating Tom Price (R-Ga.) to be Health and Human Services secretary. This nomination comes in the context of Paul Ryan (R-Wisc.) promising to dismantle the Affordable Care Act and Medicare

Here’s what’s interesting about this that the mainstream, and the good outlets like ProPublica, haven’t picked up on: The American Hospital Association President and CEO Rick Pollack has come out in support of Price’s appointment, with a statement saying Price’s experience as an orthopedic surgeons will be an asset as health care becomes more patient centered. Pollock has spent his entire career as a lobbyist. I don’t suppose he knows the old joke about bone doctors: Strong as a bull and just as smart. And while that’s an unfair generalization for all orthopedists, it must apply to Price since he is a Republican and part of the evil sect set to destroy the health care system as we know it.

Read more »
Posted by George Schwarz at 2:55 PM No comments: Links to this post

Those of us who are concerned for the future of our nation much not remain silent. The only way to counter the big money access to members of Congress is by overwhelming the moneyed voices by quantity voices. That’s hard to do because staffers take calls or monitor the social media and email. Letters go through the congressional mail room for screening and that takes months — and, based on my experience with Ted Cruz, John Cornyn and Mac Thornberry, results in nothing but computer-generated form letter replies.

What is telling is that the fax numbers for these people are hard to fine, which I interpret as them wanting it to be hard for constituents to contact them this way. While I have no doubt that the big money people have other, less public, ways to contact them, flooding the fax machines might have a positive effect. And so, as a public service, here are Washington, DC office contact information for those of us in the Texas Panhandle.

Posted by George Schwarz at 9:41 AM No comments: Links to this post

Can the Amarillo Globe-News get a simple story right? Uh, no

Once again (and it’s getting tiresome), I am compelled to criticize the Amarillo Globe-News for poor — if not slanted — reporting on the crime situation in the Bivins neighborhood; and, in line with journalistic ethics, I disclose it’s my neighborhood. Since I can’t, and won’t, talk to this reporter or her editor, I am going to leave the question of motivation aside. Further, because I know who the process works, I’ll also note that a reporter can get it right but an editor can ruin the accuracy of a story with ease.
Read more »
Posted by George Schwarz at 10:33 AM No comments: Links to this post

What is my ministry? A personal note 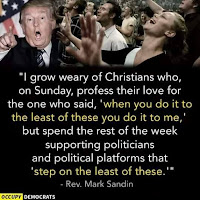 Today is the Feast of St. Andrew the Apostle in the Episcopal Church. As such, St. Andrew’s in Amarillo celebrated with the liturgy and music for the occasion. It’s not unusual that I learn something every time I attend a service at this, my home parish. This time I learned that Andrew was the first Apostle, joining Jesus’ ministry to become, as Matthew’s Gospel version in today’s lectionary quotes Jesus, “Follow me, l make you fish for people.”

Andrew and 11 others decided that it was their ministry to join with this itinerant rabbi in spreading the word of God’s love for all people, including perhaps most importantly, the least of us but certainly, all of us. While a visitor or new parishioner might think that this was the only day we address ministry at St. Andrew’s, it isn’t; it was just the day we looked at the Gospel reading about it. The theme exists every day at St. Andrews, based on what Jo Roberts Craig, our retired rector (priest in charge), said when asking people to help out, “If it is your ministry ….”

Read more »
Posted by George Schwarz at 7:17 PM No comments: Links to this post

Let's play "whom do you trust?"

We all know one definition of insanity is to continue the same behavior while hoping for a different outcome. So, why would I be surprised when I read in an Amarillo Globe-News story slated for publishing Sunday that Amarillo’s City Council is following that path? Well, it may not be — at least if one relies on the Globe-News’ version.

Read more »
Posted by George Schwarz at 9:35 PM No comments: Links to this post

Hospital administrators and a lack of courage

It’s funny how certain actions trigger certain thoughts and memories. In my case, emptying the dishwasher brings up memories of my graduate program in hospital administration at the University of Iowa, which ended in 1969 with a master’s degree.

At a departmental farewell party, the now dead, director of the program, Gerhard Hartman, publicly invited me to continue for a Ph.D. I turned down that invitation. I don’t believe I ever shared why I declined to continue my education beyond the notion that I needed to begin supporting a family my wife and I planned to start soon. The previous year, one of the doctoral students washed out right at the point when he should gotten his degree. No one knew why, but I didn’t trust Hartman or the program.

Read more »
Posted by George Schwarz at 6:17 AM No comments: Links to this post

A petulant publisher and a damaged city

The “opinion” page of Thursday’s Amarillo Globe-News displayed a pettiness and stupidity rarely seen in the worst of our media. But, here it is, in all its glory. 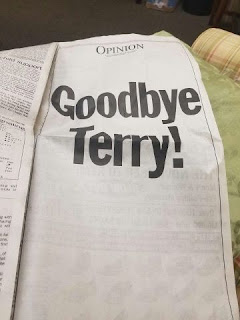 Brief background: Tuesday evening, Terry Childers, ’s interim city manager, was caught on a hot mic calling a citizen a “stupid son of a bitch” after said citizen spoke during the City Council’s public comment session. Wednesday morning, Childers resigned. It was the second such public display of profanity and bad temper, so no matter how much anyone approved of the changes Childers brought to the city, it was time for him to hit the road.

And thus, we have the two-word editorial in the local newspaper of record. Former opinion page editor and local blogger, my friend John Kanelis, pretty much took the words out of my mouth by beating me to the punch opining about the unprofessional act by Les Simpson, the AGN publisher of the city’s newspaper of record. Kanelis’ post lit up Facebook brighter than Beth Duke’s and Xcel Energy’s Christmas Electric Light Parade.

Alyona Minkovski, a bit of an over-achiever at age 30, published an article on the Huffington Post on Nov. 11. The title, “Want Better Journalism? You Have to Support It,” really isn’t about that. Her analysis of the media failure is shallow and lacks an understanding of the historical context.

To understand the media landscape that brought us to this point, Minkovski needed to harken back to before she was born, when Rush Limbaugh launched his right-wing program from a station in Sacramento, Calif. He went national a few years later. If she could have listened to him then, Minkovski would have heard his nascent attacks on the mainstream media. The first weapon was tapping into the confirmation bias, a notion about which you are correct, with lies of commission and omission. His rhetorical technique was a classic one in this regard — start a sentence but not fully complete the thought, letting the already biased listeners fill in their blanks.
Read more »
Posted by George Schwarz at 1:38 PM No comments: Links to this post