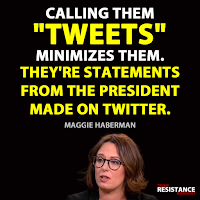 with which they disagree raise a dangerous possibility.

The lawyer for now-infamous Kathy Griffin has told The NewYork Times that the Secret Service is investigating his client over her display of a severed head representing the current United States president. Meanwhile, near the end of the Texas legislative session, Republican Rep. Matt Rinaldi, called federal immigration authorities because of protesters in the gallery.

Griffin and Rinaldi have reaped or will reap the consequences of their actions. Griffin has already suffered economic retribution in the private sector with CNN dropping her as a host for its New Year’s Eve coverage. Rinaldi’s actions have upped activist motivation to unseat him in the next election cycle.

But other actions are not. The use of the Secret Service and ICE invoke the power of the state against free speech; and, no matter how tasteless, the First Amendment of the U.S. Constitution protects that speech. If you want to argue Griffin’s display, either as a joke or as political statement, constituted a danger to the president, then the argument must pass the following tests. First, one has to believe that someone could get close enough for long enough to do harm. Second, one must accept words have meaning and can incite action. And, third, one must raise the question of why authorities didn’t investigate the narcissistic maniac in the White House on the campaign trail. Video and news accounts document exhortations to violence and assaults by 45’s supporters.

As for the little tin pot representative Rinaldi, it doesn’t matter that he asserted he was calling ICE over illegals. He had no way of knowing at the time. This was some two-bit pol flexing his muscles by flapping his mouth over something he didn’t like.

Think whatever you will of the substance of either instance, the Toddler-in-Chief and a no-count legislator have behaved like fascist dictators. The Constitution’s framers saw this possibility clearly and sent a distinct message to the future. That fascists are trampling on the First Amendment is a far more clear and present danger to our republic than what happened last week.

Let that sink in.