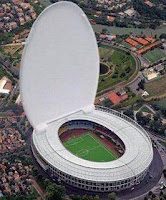 There is nothing more dangerous than revisionist history, AKA alternative facts, AKA lies. The Amarillo Globe-News editorial and Dave Henry’s companion column in today’s edition turns truth upside down and claims triumphs where there were defeats and deceits. A few highlights:

1. High praise for the success of Bill Gilliland in raising the funds for the Globe-News Center. In fact, that effort fell short, and the difference was made up with $2,185,000 in public funds.

2. High praise for the role of Melissa Dailey in the Downtown Amarillo Inc.’s role in downtown development and regret that the city council and manager caused her dismissal. In fact, she brought Wallace Bajjali, who hoodwinked not only Amarillo but Joplin and Sugarland, ending up with multiple lawsuits and corporate bankruptcy. She also freelanced negotiations with a AA team when she had not been authorized to do so, and employed Meghan Riddlespurger to false-front a non-existent youth movement.

3. The ballpark will be paid for without taxpayer funds. Wrong. $10 million in sales tax revenues went to purchase the site, about $5 million has been spent on infrastructure by the city, and no calculation has been made that the HOT tax will cover more than a $32 million stadium. (Editor: And with a purported possibility of a AA minor league team, the cost could be about $45 million.)

4. The Patel family is building a hotel “they will pay for and then donate back to the city.” No, they got other investors to front the money with the guarantee that tax rebates and abatements will fully repay the investors' costs and provide them a share of the hotel's profits. The city gets the hotel in 40 years or when it folds, whichever comes sooner. (Editor: And, in doing so, inserted provisions that locked out any role for the historic Herring Hotel, a possible violation of the spirit, if not the intent, of anti-trust laws.)

5. Downtown businesses have pre-committed to suite leases and naming rights. All they did was indicate interests in suites, cost unknown, and as far as I know, no one has made an offer for naming rights.

It may well work out that there is a new ballpark and a team locked into playing there for a long time. If the price is right, that's somewhere between a good thing and a great thing. But lying about what and who was involved in processes that got it to this point is unacceptable.

Editor’s Note: Dr. Reese originally posted this on Facebook and gave The Amarillo Independent permission to use it for this blog post. It was edited slightly for style and context.
Posted by George Schwarz at 7:03 AM